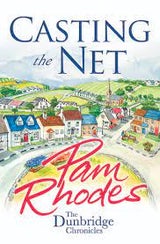 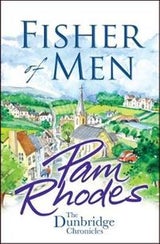 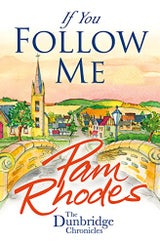 From ‘Songs of Praise’ presenter, Pam Rhodes, comes a heart-warming comedy series. Documenting the lighter side of church, Pam’s spiritual insight’s and keen love for writing shine through.

Set in the idyllic English country town of Dunbridge, the young curate, Rev Neil Fisher, arrives to take up his very first post at St. Stephen’s. But when his boss leaves suddenly due to a family tragedy, Neil is dropped in the deep end with the whole church to look after (and its somewhat colourful congregation).

Neil, a newly ordained Anglican priest, has many problems. Most of them caused - and solved, by there being so many women in his life. Neil is torn between Wendy and Claire. Wendy would be a perfect helpmeet, but there are no sparks between them. Claire generates a lot of sparks, but is less than ideal for a priest - considering that she is an atheist.

In the parish of Dunbridge the news is out: Claire and Neil are engaged! And yet, before the celebrations have really begun, Ben, the father of Claire's son, appears back on the scene. It quickly becomes clear that young Sam is not the only person Ben wants to win back. As Neil reels in the face of Claire's confusion at spending time with her first love, Wendy always seems to be there to provide support and comfort. Little does he know of Wendy's involvement with Ben's reappearance: However, Neil has little chance to ponder his love life as the whole weight of running the church and parish descends upon his inexperienced shoulders. Neil's time as a curate in Dunbridge is coming swiftly to an end. Where should he go next, and who will go with him?