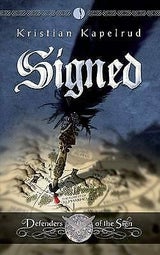 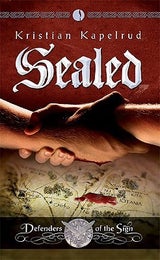 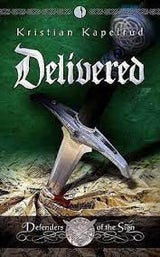 Alphabetania is a place of idyllic life. But now, secret communication and shocking accusations are beginning to fracture the peaceful world of Alphabetania. Soon comes a domino effect of betrayal and mistrust within Alphabetanian society.

The Great War has split Alphabetania in two. The Defenders of the Sign now have their own territory, Betania, but the Iotanians also live within their borders, As long as the two peoples are enemies there will be no peace in the land. When young Iona turns his back on his family and enters into a pact with the enemy, there are unexpected consequences for all the people. Sealed vividly portrays the costly sacrifices of two families who are committed to forge peace. It is a tale of love that crosses national and cultural boundaries.

In 'Delivered', we follow Epsilon, who does not want to be king but is heir to the throne! He hasn't a clue how to save his people from the enemy who hates the Defenders of the Sign and what they stand for. He has always wanted to obtain an ancient artefact known as the Diatect. Could it be that the Diatect has the power to prevent war?