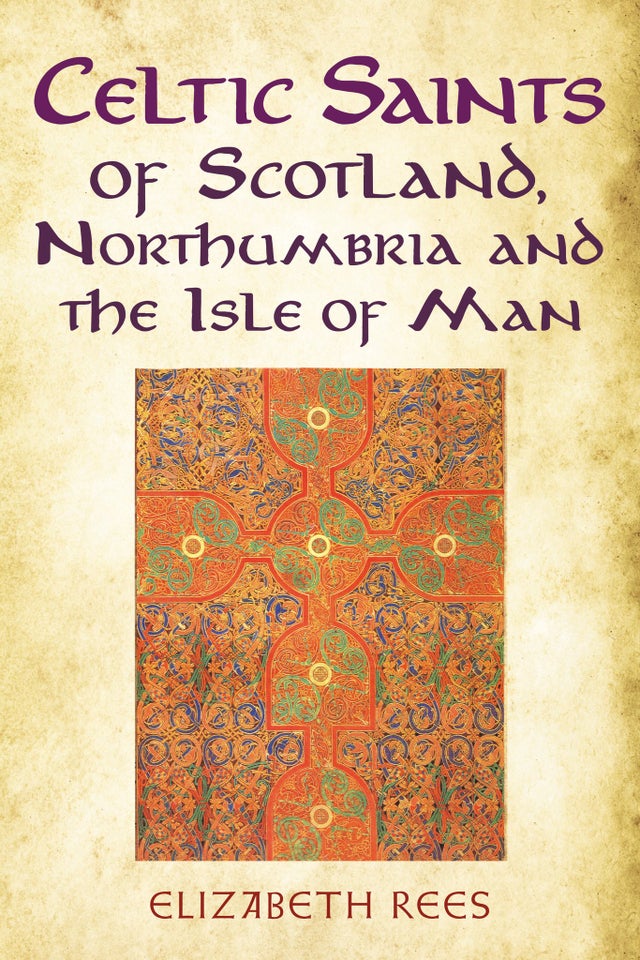 ost books about Celtic saints are based on their legendary medieval lives. Celtic Saints of Scotland, Northumbria and the Isle of Man focuses on the sites where these early Christians lived and worked. Archaeology, combined with early inscriptions and texts, offers us important clues, which help us to piece together something of the fascinating world of early Christianity.

The book is illustrated with the author’s own evocative photographs of the sites where the Celtic saints of north Britain worked and prayed. The reader is therefore drawn into the beautiful world that these men and women inhabited. Celtic Saints of Scotland includes accounts of most well-known saints and less famous individuals. It is not, however, exhaustive: lack of historical data means that there are hundreds more Celtic monks and nuns, of whom we know little beyond their names. The book is easy to read with an introduction and maps to pinpoint the sites described and photographed.

Since it is both readable and fully illustrated, it will appeal to anyone interested in history, landscape or spirituality, and to tourists in Scotland, Northumbria and the Isle of Man. Based on sound scholarship, it will also be of value to students of history, religion and culture.

Elizabeth Rees is a Roman Catholic nun with a Master’s degree from Oxford. She is one of Britain’s leading authorities on the Celtic saints in relation to the sites where they lived and worked. For this, she has travelled extensively in the more remote Celtic regions. She lectures on Celtic Christianity at venues around Britain; for seven years she was a guest lecturer at the Centre for the Study of Religion in Celtic Societies at the University of Wales, Lampeter. The author of eight books on early Christianity, Elizabeth is also a counsellor and retreat leader. She runs a House of Prayer in rural Somerset.